Landrieu expected to be key vote on climate change legislation

WASHINGTON – Much like she was during the recent debate over health care legislation, Democratic U.S. Sen. Mary Landrieu is expected to be a key player in the political scrum over upcoming so-called climate change legislation.

The bill, expected to be released Monday, is an effort to cut down on carbon emissions, which are considered by supporters of the legislation as a major contributor to global warming.

Energy analysts watching the positioning of the legislation see about 40 Democrats supporting it. Another 11 will likely be picked up during negotiations over the bill, said Scott Segal, an energy analyst with Bracewell and Giuliani in Washington.

That leaves about six or seven Democrats, including Landrieu, who will prove crucial to any passage of the bill, which needs 60 votes, Segal said.

“On anyone’s list, I think Mary Landrieu is one of the pivotal senators,” Segal said.

Landrieu is positioning herself in the center of the debate in hopes of getting the state money for her trademark issue: federal offshore drilling revenue.

Landrieu helped lead the charge in 2006 for a law that allowed Louisiana to join four coastal states to take 37.5 percent of the revenue from drilling in federal waters in the eastern Gulf of Mexico.

Louisiana received half of the percentage, money that will begin flowing into the state in 2017 to be used for coastal restoration. The climate change bill, which Landrieu is calling an energy bill, is expected to contain revenue sharing.

Talk of expanded drilling in the Outer Continental Shelf and off the coast of states such as Virginia once again has Landrieu trying to leverage for the money.

“There is only one way to get her to say yes and she told us the price,” said Kevin Book, an energy analyst with ClearView Energy in Washington. “She wants a share of federal royalties.”

Landrieu, who usually stands with Republicans on energy issues because she is from an oil and gas state, said earlier in the week that she cannot vote for climate change legislation that does not contain federal royalty sharing.

She said she also wants a commitment to expand nuclear energy and would support a cap and trade model for that allows polluting manufacturers to buy credits from those meeting federal pollution standards. Landrieu said she would oppose any measure that includes the system for the oil and gas industry critical to the state.

Because Democrats have 59 members in the Senate and need 60 to approve the climate legislation, Landrieu is once again key, Book said.

“There are a lot of people who want to wear number 60,” Book said. “She may be the most powerful person in Washington at 59.”

Yet getting that royalty sharing will be a hurdle. Earlier in the week, three fellow Democrats sent letters to their colleagues calling any federal royalty sharing unfair.

“The fiscal consequences of such a loss would be devastating, particularly given the enormous demands on the federal treasury and our need to reduce the deficit,” the letter said.

“There is no justification for using these significant natural resources to provide the benefits only for a few coastal states and their citizens,” the letter stated.

This year, offshore revenue amounts to $6 billion of the federal treasury. Over the next five years the projected income is $40 billion, the federal Minerals Management Service has estimated.

Landrieu and other senators from coastal states have protested that inland states like New Mexico receive 50 percent of federal royalties received from drilling on their lands. New Mexico received $630 million in royalties in 2008 and $2.5 billion since 2004, Landrieu said.

“Despite this inequity, these three senators are still endorsing the status quo — a system where only coastal states have to shoulder the responsibilities of energy production, without reaping the rewards,” Landrieu said in a statement.

Louisiana’s Republican U.S. Sen. David Vitter said Wednesday that he would not vote for the legislation even if it contains the revenue sharing because of the cap and trade component.

Landrieu will have to do a delicate dance during the debate, Segal said. She must try to push for the lowest cost alternative to reduce carbon dioxide for industries in order to vote for the measure if it contains the revenue sharing.

“She is sort of betwixed and between as far as she’s concerned,” Segal said. “I think most people would have her on the list as a must get.” 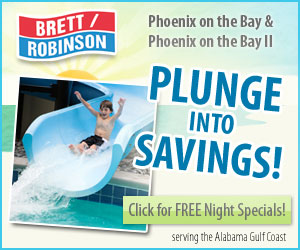 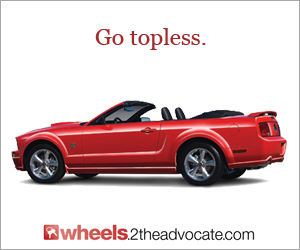 Fill out the form below and then click "Submit Feedback".